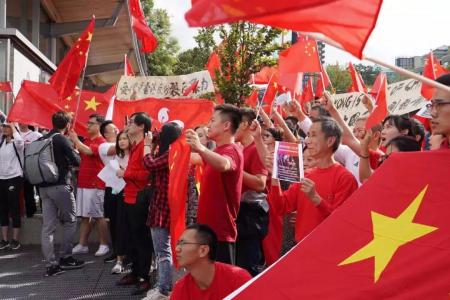 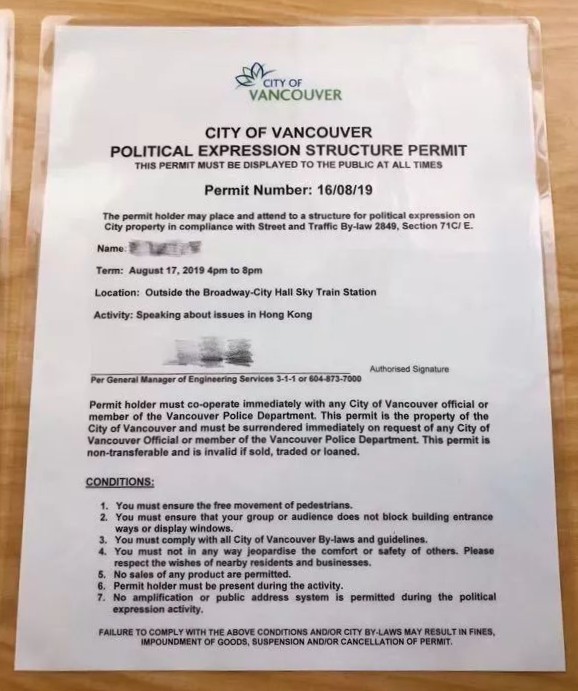 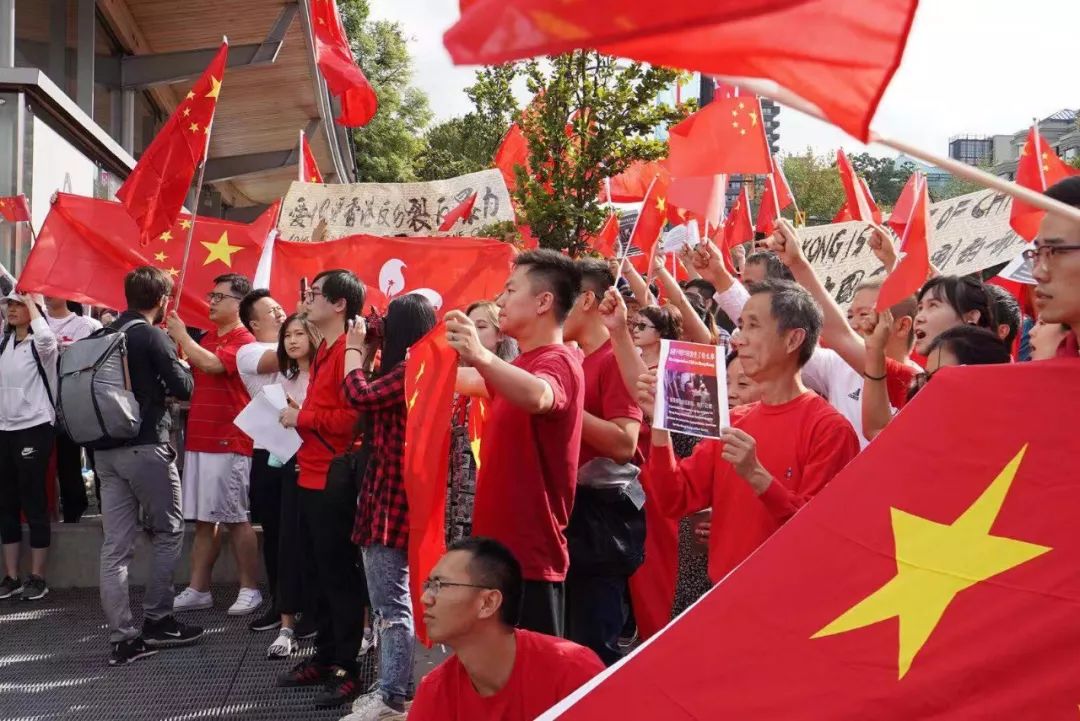 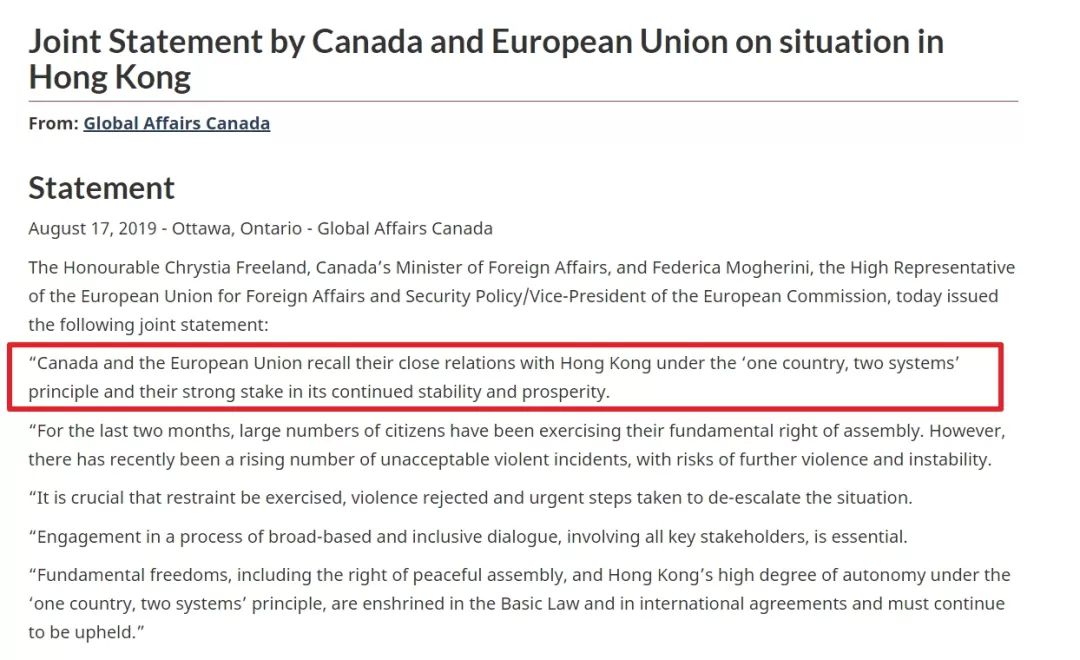 “Canada and the European Union recall their close relations with Hong Kong under the ‘one country, two systems’ principle and their strong stake in its continued stability and prosperity.

“For the last two months, large numbers of citizens have been exercising their fundamental right of assembly. However, there has recently been a rising number of unacceptable violent incidents, with risks of further violence and instability.

“It is crucial that restraint be exercised, violence rejected and urgent steps taken to de-escalate the situation.

“Engagement in a process of broad-based and inclusive dialogue, involving all key stakeholders, is essential.

“Fundamental freedoms, including the right of peaceful assembly, and Hong Kong’s high degree of autonomy under the ‘one country, two systems’ principle, are enshrined in the Basic Law and in international agreements and must continue to be upheld.” 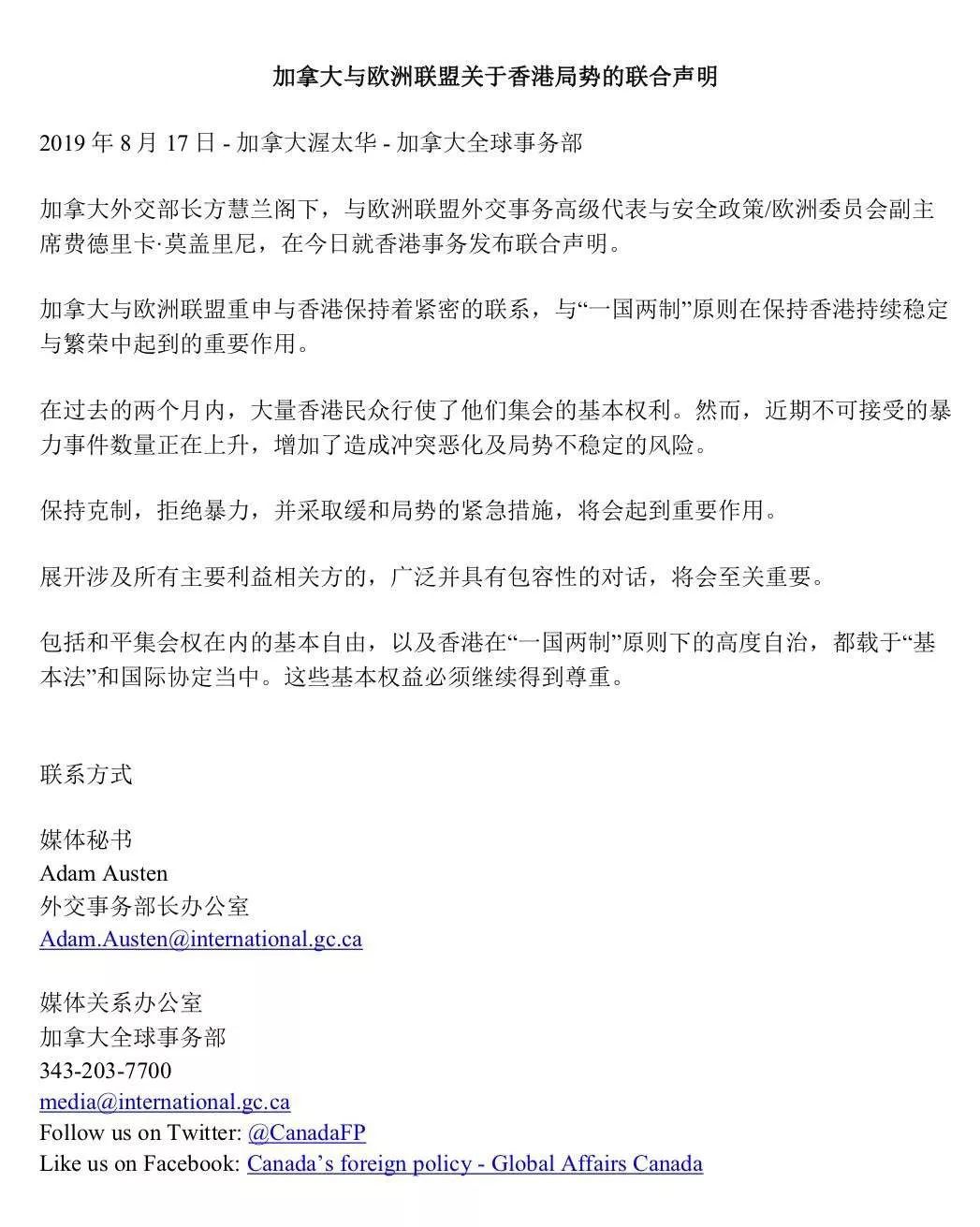