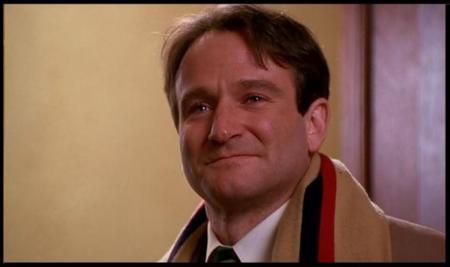 Coroner investigators suspect "the death to be a suicide due to asphyxia," according to a statement from the Marin County, California, Sheriff's office.

"He has been battling severe depression of late. This is a tragic and sudden loss. The family respectfully asks for their privacy as they grieve during this very difficult time."

"This morning, I lost my husband and my best friend, while the world lost one of its most beloved artists and beautiful human beings. I am utterly heartbroken.

"On behalf of Robin's family, we are asking for privacy during our time of profound grief. As he is remembered, it is our hope the focus will not be on Robin's death, but on the countless moments of joy and laughter he gave to millions."

Marin County deputies responded to an emergency call from Williams' home in unincorporated Tiburon, California, at 11:55 a.m., reporting "a male adult had been located unconscious and not breathing," the release from the sheriff said.

Williams was last seen alive at his home, where he lives with his wife, at about 10 a.m., the sheriff's statement said.

"An investigation into the cause, manner and circumstances of the death is currently underway by the Investigations and Coroner Divisions of the Sheriff's Office," the sheriff's statement said.

"Coroner Division suspects the death to be a suicide due to asphyxia, but a comprehensive investigation must be completed before a final determination is made."

An autopsy is scheduled for Tuesday, the sheriff said.